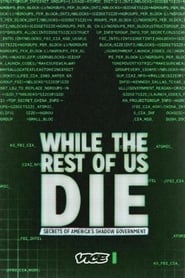 While The Rest Of Us Die

From the Cold War to COVID, the secret history of the government’s Doomsday plans. Based on the book by Garrett M. Graff, the six-part series exposes the U.S. government’s flawed plans to protect its citizens. The show unpacks America’s national security spending on hidden underground cities, a secret air force and a plan to suspend democracy in order to serve the interests of the elite class. The series features interviews with political figures including former Secretary of Homeland Security Jeh Johnson and former National Coordinator for Security.